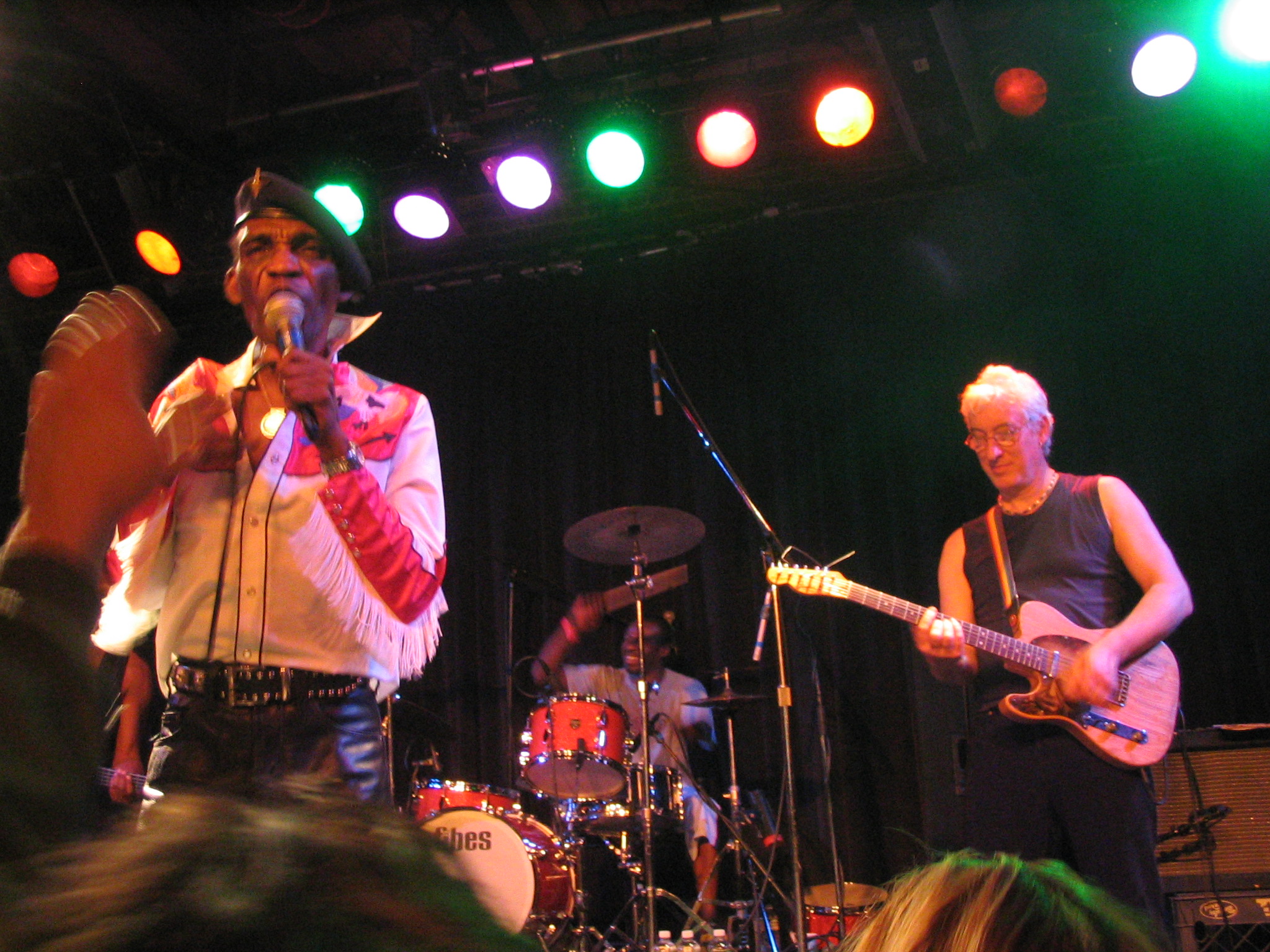 Forklifts zip back and forth between piles of wooden pallets, and the waft of fresh bread from the Allied Bakeries factory fills your nose. The Argall Avenue Industrial Estate is an unlikely hotbed of musical history. However, number 25 Forest Business Park was once home to the Trojan Records archive, as well as doubling as a studio where the King of Ska, Desmond Dekker, recorded an album with The Specials.

The warehouse became something of a second home to Laurence Cane-Honeysett, author of The Story of Trojan, the definitive history of the label, who would spend his days rooting through the vaults, unpicking the scrambled or unlabelled 1/4 inch masters in search of undiscovered gems ripe for reissue. In the mid 1980s Trojan had found success with the 20 Reggae Classics series and Bob Marley’s In The Beginning compilation, and the label were keen to further mine their archive.

“When I joined Trojan I said, ‘You’ve got all these tapes. Do you know what’s there?’ and they said, ‘Well no, not really.’ So I said, ‘Let me go through and log them for you!'”

It was 1991 when Laurence first made the trek from Blackhorse Road station, and he recalls feeling like a kid in a candy shop upon entering the archive to find racks full of boxes. Hundreds of tapes, mostly from Trojan’s golden age of the late 1960s through to the mid to late 1970s. Many of which hadn’t been played since they were recorded.

“I was in seventh heaven. I’d go into the studio in Walthamstow Monday to Friday and just listen to the tapes, trying to identify them, putting them on the system, writing on the tape boxes. I didn’t see much daylight for the first few years!”

“You can imagine there was stuff that had never been out from that incredible period that had got me into the music in the first place, but also by artists I’d never heard before.”

Before the internet it was hard to find solid information on Jamaican music so working his way through the archive became something of a musical education.

“It was an absolute gold mine but I always used to wonder why Jamaican singles that were pressed in the UK were often so badly labelled until I got to see the tape boxes. They’d either have nonsense on them, or absolutely nothing, or people would make stuff up… ‘That sounds like Jimmy Cliff, let’s put it out as Jimmy.'”

Aside from stock and the archive, there was a small studio out the back that was primarily used for transferring and listening to masters. It was. however, occasionally used to record new music by artists on Trojan or its subsidiaries like Receiver Records. Laurence Cane-Honeysett remembers Neville Staples of the Specials and Brian Connolly of the Sweet as two such artists who recorded in Walthamstow.

In 1993 Trojan asked Roger Lomas – who won a Grammy for his production work with Lee Perry – to record an album with Desmond Dekker, but not his band.

“I thought it would be a good idea to team him up with as many members of The Specials as possible,” says Lomas. “Lynval Golding, Roddy Radiation, Neville Staple and Horace Panter were the only members who were prepared to work with each other at the time. Charlie ‘H’ Bembridge from The Selecter joined the group on drums.”

King of Kings by Desmond Dekker and The Specials would be the first new recording by either artist for over a decade and featured Dekker covering Trojan classics by Byron Lee, Theo Beckford, Jimmy Cliff and Derrick Morgan.

Lomas remembers how quickly Dekker worked. “Every take on the album tracks was recorded in one as he didn’t like ‘dropping in’ any imperfect parts. His attitude was very much, ‘If I can’t sing a song that I’ve known for decades, in one take, then I shouldn’t be in here.'”

“Dekker was a pleasure to work with,” Lomas recalls, “although the studio in Walthamstow was tiny, it was just a control room really, rather than an actual studio. It had a 24 track analogue tape recorder, and a 32 channel analogue mixing console and just one microphone for overdubs. So Desmond recorded his vocals in the control room with headphones on.”

The Specials actually recorded their parts in Leicestershire at a studio co-owned by Lomas and Showaddywaddy founder member, Malcolm Allured. This meant that bizarrely, Dekker and the four Specials didn’t actually meet until they recorded a music video in Camden a few weeks after the album was completed.

As for the archive, it left Walthamstow at some point in the naughties, probably after Trojan was bought by Sanctuary Records in 2001.