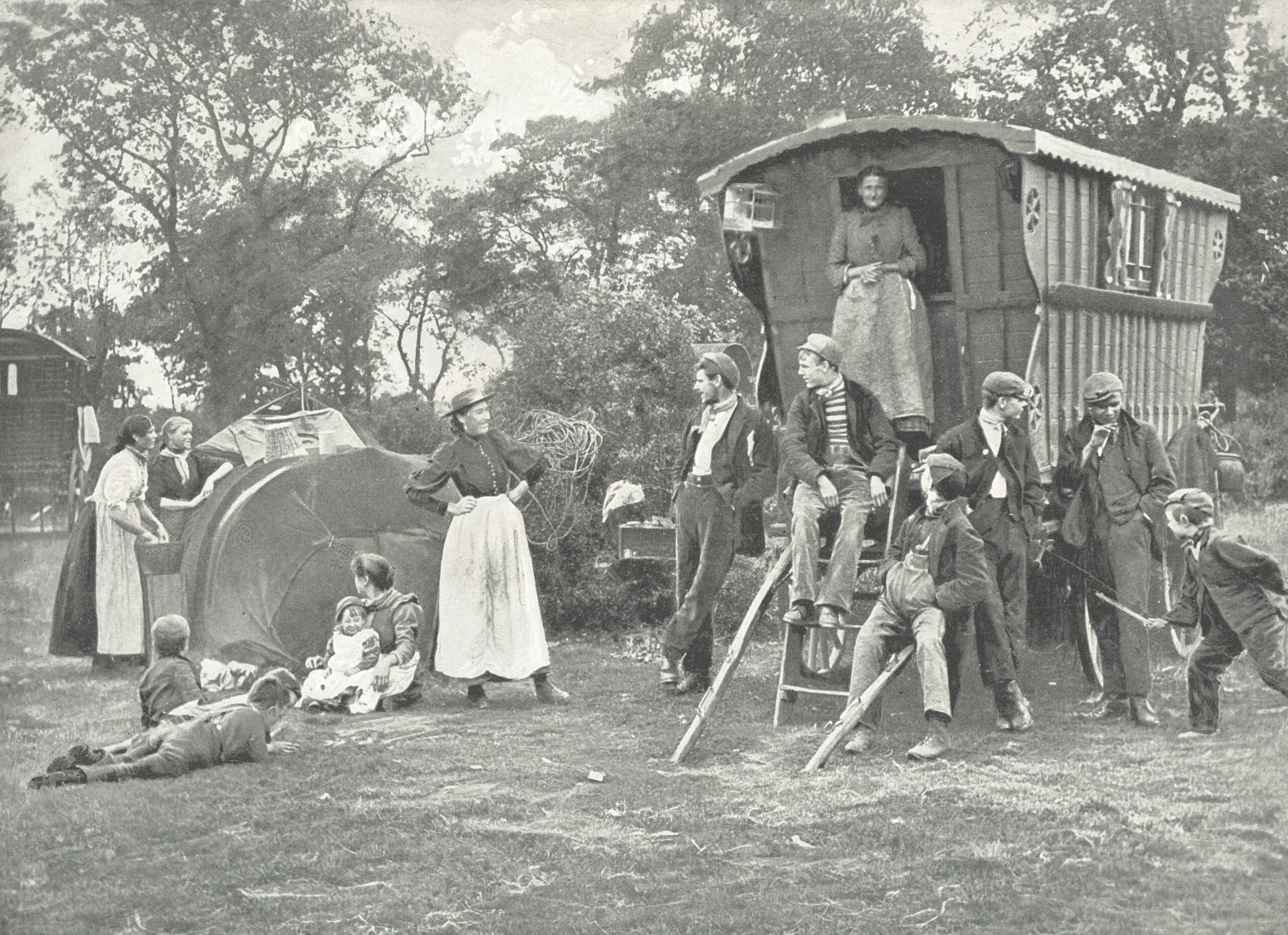 Rodney Smith, the evangelist preacher and early member of The Salvation Army, was born in a Romani bender tent in Epping Forest on 31 March 1860. He was the fourth of six children and although he did not attend school, he was taught various crafts by his parents who made baskets, tin ware, and clothes pegs to sell. During his childhood he grew up in his parent’s vardo, a traditional horse-drawn wagon, as his family travelled around South-East England.

Whilst Smith was still a child his mother, Mary Welch, died of smallpox and was buried in Norton, Hertfordshire. Soon after, Smith’s father, Cornelius, converted to Evangelism and began preaching with his brothers. After he turned 16 years old, Rodney Smith too converted and began to teach himself to read and write so that he could study Hymns and Gospels. The following year he was recruited by the Christian Mission, that later became The Salvation Army, and began to sing and preach on street corners and in mission halls.

In 1897 Smith married Annie Pennock, one of his converts, the couple went on to have three children and preached together for The Salvation Army in England and America. Keen to ensure his gospels reached Romani communities, Smith visited encampments whenever he could in England and abroad. During the First World War he ministered to British soldiers on the front lines, for which he was awarded an OBE by King George VI.

When Smith died in 1947 at the age of 87, he was on a cruise ship crossing the Atlantic for the 45th time. His funeral was held in New York City and his ashes were taken back to England to be buried under a memorial plague erected at Mill Plain in Epping Forest, his birthplace.

Smith’s story highlights the presence of Romani communities in Epping Forest and other parts of Essex, including areas that are now part of the London Borough of Waltham Forest. It also shows the contributions people from all different backgrounds make to our society. The archives at Vestry House Museum have relatively few materials that record the lives of Romani communities in the Borough. The photographs and prints we do have show supportive family groups living in peace with their surroundings.