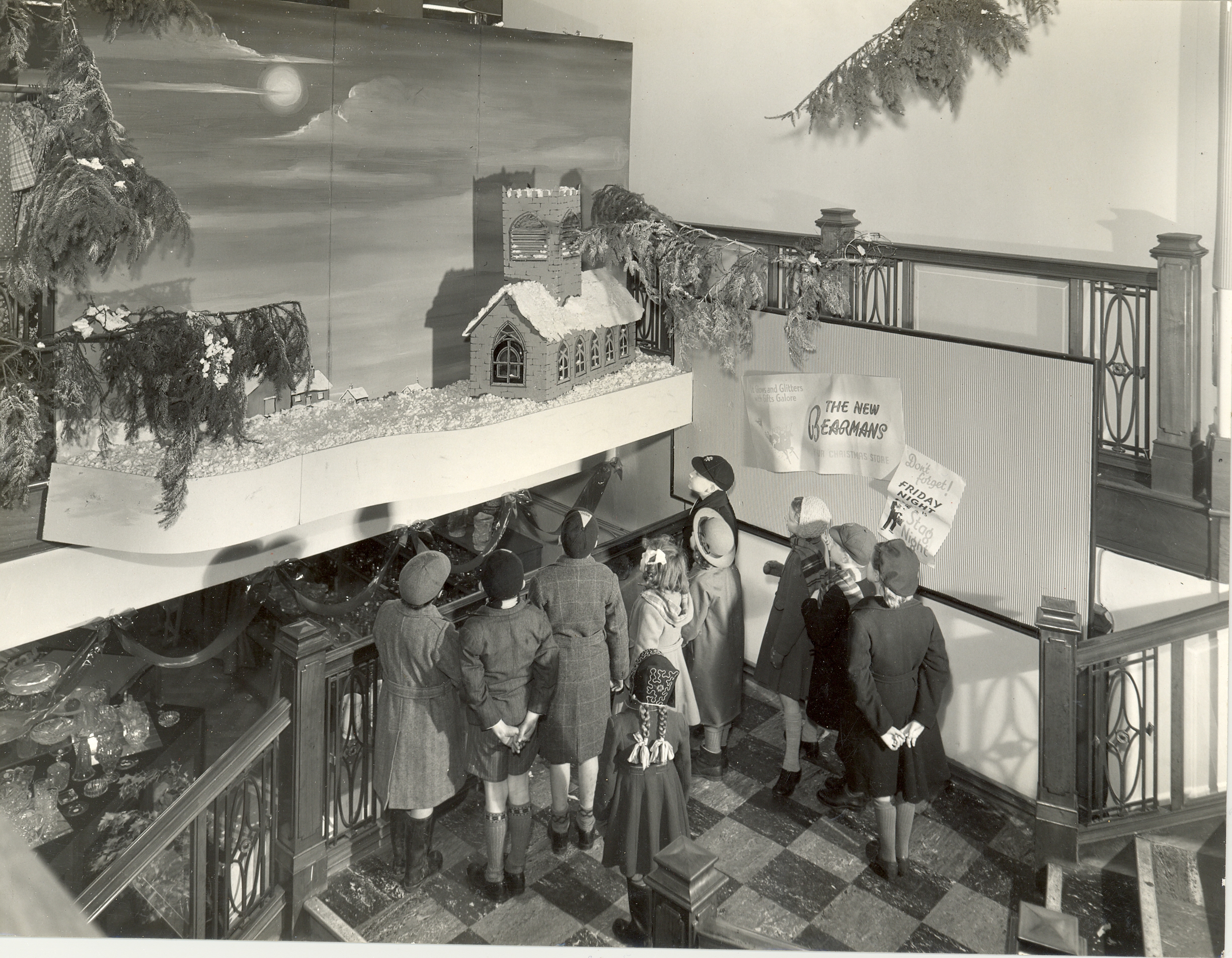 For almost a century, Bearman’s Department Store was a fixture of Leytonstone High Road. Frank Bearman opened the store in 1898 and ran it as a family business until his death in 1956. In the early days, Frank and his family lived in the shop and invested everything they could into the business. It was eventually sold to the London Co-operative Society in 1962 who ran the store until it finally closed in 1983.

Sometimes described as ‘The Harrods of East London’, Bearman’s was known for its wide range of departments covering handbags, shoes, records, home furnishing and more. However, it was equally if not more famous for its Christmas decorations and events. Many people who grew up in Leyton in the 1950-1970s have fond memories of visiting the store in December to see Santa in his grotto and browse the expansive range of toys.

The Photo Archive at Vestry House Museum holds two photo albums comprising of images of the store in the 1950s, these albums give an idea of what the shop would have been like at Christmas around that time. The images show the shop lit up with fairy lights in the shape of reindeer and stars, the windows decorated with fake snow and Christmas presents and the main staircase showing a Christmas scene of a snow-covered cardboard church set against a hand-painted backdrop.

The shop also held events leading up to Christmas including flash sale days for special items such as toys and monogrammed blankets. In some years a Christmas float was driven around Leytonstone and in the later years of the shop an interactive light show took children on a sleigh ride to visit Santa in his grotto.